In this topic we can cover below points

1. What is Wi-Fi roaming and why it requires ?
2. Different infrastructures where roam can happen.
3. Different ways of handling roaming

1. What is Wi-Fi roaming and why it requires ?

As everybody is using the mobile, roaming will happen seamlessly between cell towers when we are moving
on different ways like cars, trains and buses. So that our call won't cut in between. Similar be the case
with Laptops and Smart phones where we connected to the network through Wi-Fi. We may be downloading some movie
or game or talking on Skype through Wi-Fi .We  need fast transition to move from one AP to another without users
knowledge.

Days are coming soon where everybody will use Skype with video call by using Wi-fi. Already some of countries implemented Wi-Fi for entire city there we can use Wi-Fi like our Cell towers.

2. Different infrastructures where roam can happen. 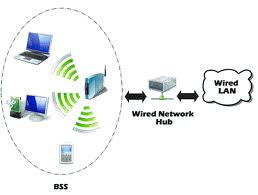 ESS is the coverage area of Two or more APs which have same SSID so that clients can able to roam between those APs without disconnecting the network like below pic. 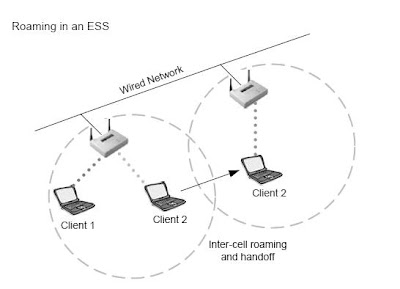 So from the above discussion we understand that roaming will happen whenever we have ESS. The ESS roaming can happened in different ways like below.

a. Roaming between two Independent APs( Autonomous APs like above Fig :2)

b. Roaming between two APs under the controller (Thin APs) 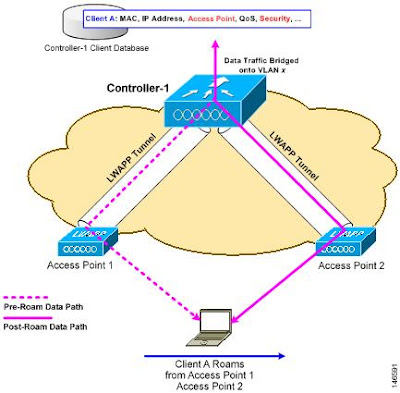 c. Roaming between two APs which under two different controllers. 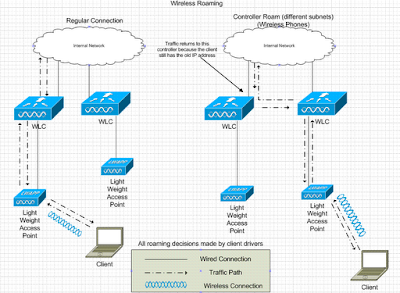 Usually if we use open authentication without any security there is no much delay in connecting.
But in practical we will use different authentication methods to protect the our network.So it will take some time to complete the authentication which will cause some delay in re-connecting. So we are using diffrent Technics to overcome those. whenever we roam our client from one AP to another AP re-Association will happen.

Re-association can happen in 4 different ways


Whenever we roam from one AP to another new AP first time it will do the complete 802.1x process like below. 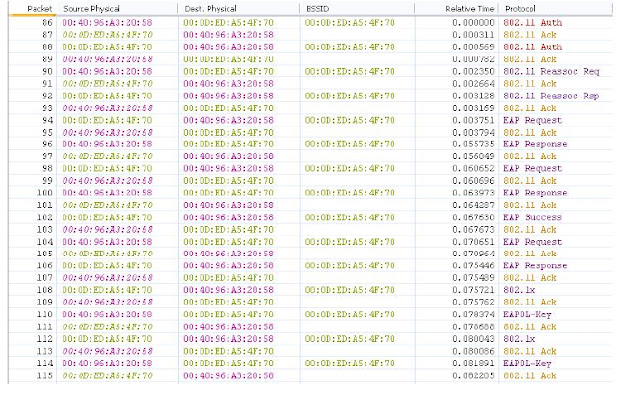 But time critical applications  like Voice and Video make disturb as dot1x process considerable amount of time while re-connecting the network.

Later point of time if we are trying to connect to the same AP(BSSID) we will check whether PMKSA of that AP is available in the client cache . 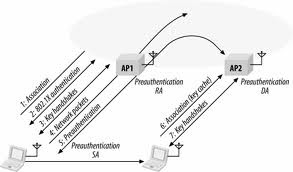 Posted by Nagababu Parsi at 8:14 AM